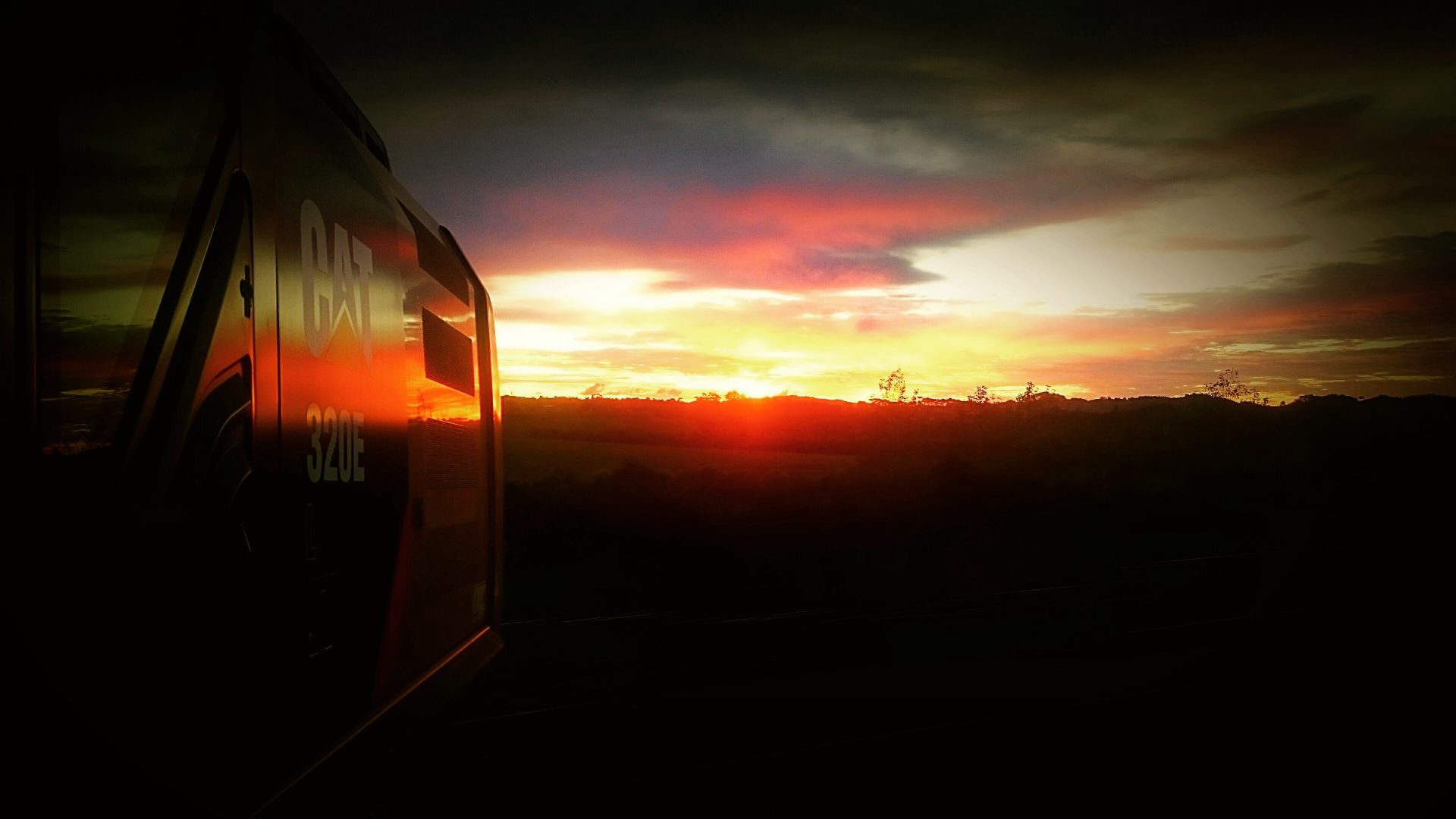 Given Auckland’s reputation for wet winters, Ross Reid set about what was always going to be a formidable race against the clock at the beginning of July.,
The reason for such urgency was that Transpower had discovered an unstable area of ground in East Tamaki on the route where it planned to install an underground cable linking its Pakuranga substation to its new 186km 400kv transmission line from Whakamaru to Brownhill Road. Construction of which had to be finished by the following April.
Ross Reid was tasked with building access roads, installing erosion and sediment controls, clearing the works area of trees and vegetation, creating a 1.4km haul road, replacing sections of an existing haul road where the ground was unstable, removing 75,000 cubic metres of soil and transporting it to a site at Wiri, removing existing farm fences and installing temporary fences along the perimeter of the works area, installing cement stabilised soil mixed columns, and stabilising exposed ground with topsoil and grass seed after completion of the bulk excavation.
Cuts were to a depth of 12 metres and up to 12 truck and trailer loads of soil; about 1,200 cubic metres were carted to the Wiri site. Ross Reid had up to 18 staff on site, plus the drivers of the truck and trailer units. The additional challenges included obtaining the necessary resource consents, meeting Transpower’s stringent health & safety standards, carrying out the works without disruption to either the underground cable installer (Transfield Services) or the adjacent landowners, and managing the main dump-truck movements without causing traffic problems. 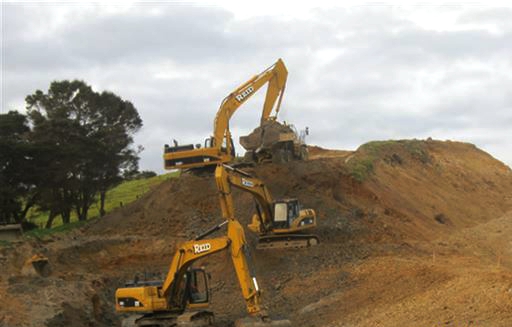 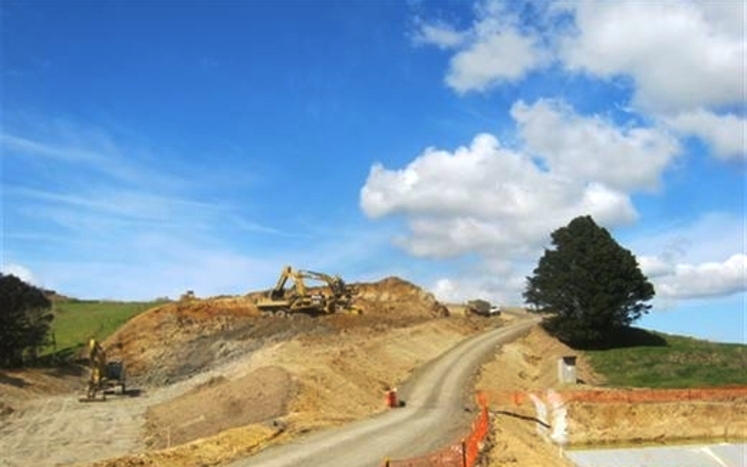 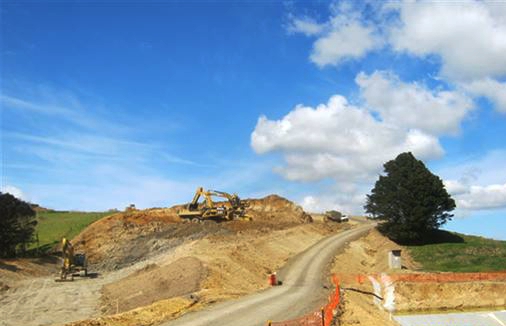