The project works involved slope stabilisation of a section of Kauri Road and carriageway reconstruction. Level 1 traffic management was maintained throughout the site during these roadworks and retaining wall construction. Between peak periods a one-lane operation was set up, but for other periods (including after hours) two-lane traffic was installed; hence the works were programmed as such so that traffic could safely progress through the site at these times. 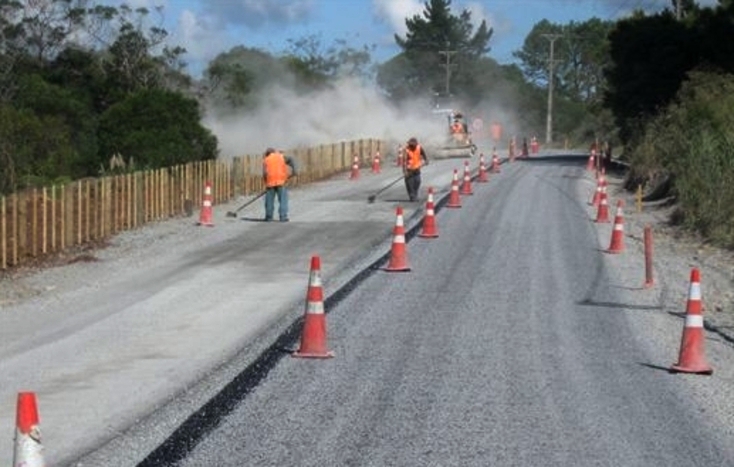 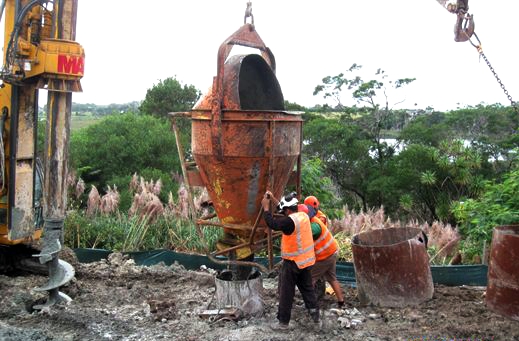 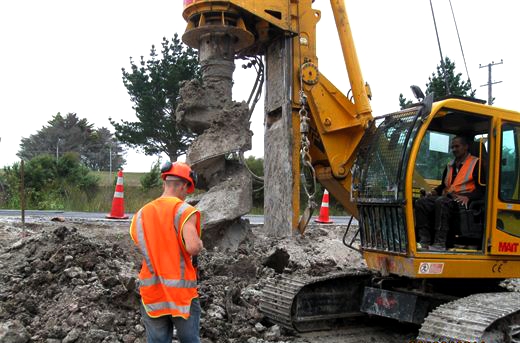